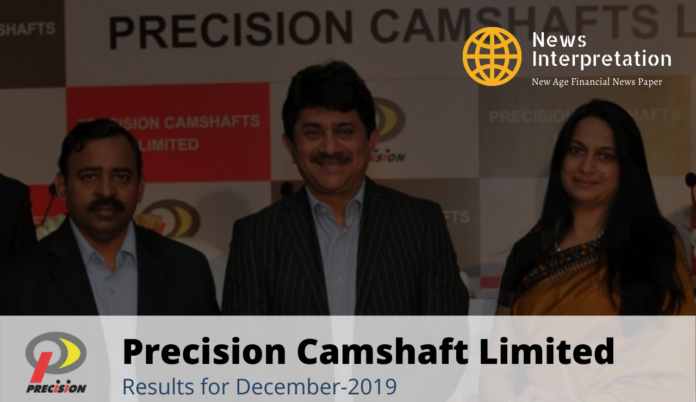 Solapur Based Precision Camshafts Limited on 10th February’2020 posted 254 Per cent increase in consolidated net profit to Rs 33.02 crores. This includes the compensation received for loss of business from Ford worth Rs.11.10 crores for the nine months ended December 31, 2019. In the corresponding period previous year, the consolidated profit was Rs.9.32 crores.

Out of the Rs.333.85 crores, 62.4% of the total revenues are realised from the export operations during the period of nine months ended December’2019.

Commenting on the results, Mr Yatin Shah, CMD said: “We continue to grow in international market by increasing our export sales, particularly machined camshafts wherein our entire proceeds of our IPO has gone into setting up of the machine shop. This has resulted into increased profitability as Machined Camshafts witnessed highest ever take off in past 7 quarters wherein, we are hopeful of utilising maximum capacity in coming years.”

International Subsidiaries viz EMOSS & MFT, which were acquired from the internal accruals of the company, have registered growth in the sales during these 9 months.

Our Indian Subsidiary, MEMCO has grown in revenues in-spite of the sluggish market situations in India and having major customer like Bosch.

Company is increasing its management bandwidth for its Indian as well as its overseas subsidiaries for better profitability and growth.