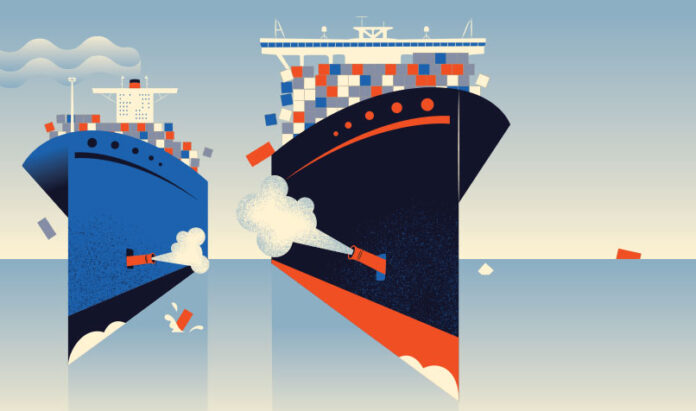 Coronavirus has become a hot topic to discuss. This virus is like a leech that is stuck to the bodies of people and is killing them slowly. It’s been just two months in this new decade and already approximately more than a million people are dead because of this virus. This virus has been declared as pandemic by the world health organisation (WHO). The virus is having its bad impact on the people as well as on the economies. Many countries are shut down because of the outbreak of this virus. Major economic countries like India, China, USA have brought their foreign trades to a halt. The virus is having a mounting impact on the global economy.

The virus has had a drastic effect on the trade and exports of the country. Due to the lockdown which was announced by the prime minister because of corona virus outbreak, there has been a huge decline in the number of orders and cancellation of orders has spiked up. Thus, due to this, there has been a problem in declaring the company accounts on time. The issue has been raised by the exporters to the government. Now this situation has had a drastic impact on the business. Many companies are facing huge losses. The virus has not only affected the human heath but has also affected dthe employment in many big economies including India. People have lost jobs which has led to unemployment. Recession has the Indian economy. Many shipments have been held back. The pending requests of the buyers are piling up which would further lead to cancellation of orders.

This is considered as the biggest financial crisis since 2008. If somehow major economies that are affected by the virus can curb this virus and get back on track in the second quarter, then the global economy could be stabilized up to certain extent. Once the industries start, the supply chains would be back on track which would revive the international trade. However, remedy to curb this disastrous virus should be found out. Scientists and researchers all over the world are putting all their efforts in search of a solution against this virus. 2020 has surely brought some bad gifts for the world

Cybergym’s Entry in India – What does it really mean ?

Roopesh Raj and his 99 words