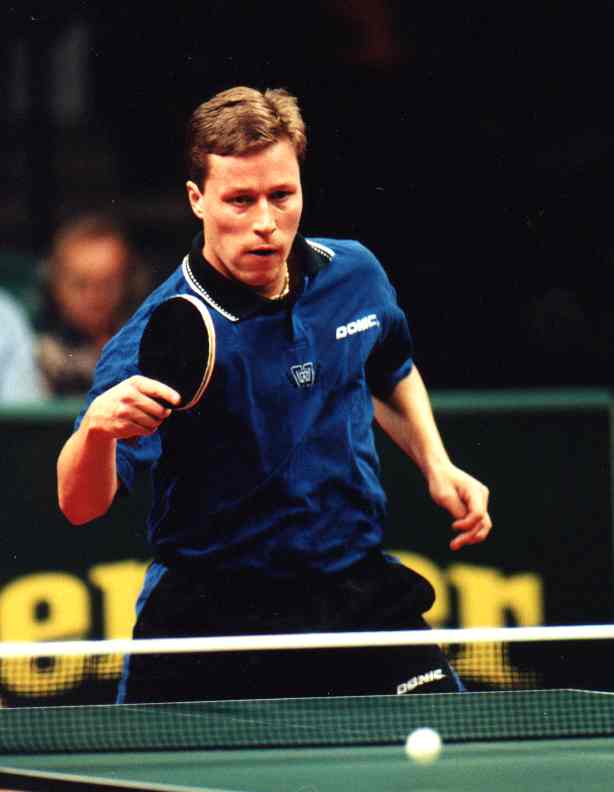 When it comes to defining the all time best players, the names change every two years. But there is only one God of Table Tennis. Well no one can define who was the best player of all time. Because statistics do not account the condition of the opponent.

Well, Jan-Ove Waldner was of course of a feat to watch and he definitely played against the legends like Jorgen Person and Ma Lin. I absolutely loved watching Jan Ove Waldner. But there is a small problem. He is like a God, nobody can be like him. How many Waldners can someone produce? The answer is none. No one can copy his methods and no one can copy his execution. What you hit then is stagnancy and lack of competition. In China, a country that adores table tennis, he is undisputedly the best-known Swedish person, and still one of the most well-known sports personalities. In the 1990s, he was more recognizable in China than then-President of the United States Bill Clinton.

Waldner played the mental game like none other to date, this is one reason he is good.

Waldner also played a two style game of offense and defense. This would throw the opponent off very much because when they expected him to be passive he would be agressive. He would usually play passive until the last game and then go full offensive the last game, which was extrememly difficult for the opponent to adjust to.

I remember I was playing very well for the inter-corporate table tennis. I would have been the best in my category. One day I was talking to my coach, that a former state player Nachiket Joshi is working with the same firm I was in.

My coach was like “Oh Joshi is with your company. Then you do not have any chance of winning. You practice day and night for 50 years, while he would do nothing and still he will win. It’s his understanding of the game”.

Now I really admire Nachiket Joshi but did you see what happened? I was easily demotivated with the fact that even a 50 years of practice won’t get me anywhere near him. And that is the same result with Waldner. The competition was killed by the fact that Waldner has a different style of playing and even he cannot create another Waldner. That is why he is the God of Table Tennis.

Now take Ma Long. At 16 he defeated Samsonov in a stunning match. He is no God, no out of the blue style and no super powers. He just practiced endlessly, got fast and knows all possible techniques to play. He lost many matches to his compatriots like Xu Xin and Zhang Jike many times.

Yet, he practiced all this while and won an Olympic Gold and he has been number one for 4 years now winning almost all the major titles. The interesting thing to note here is anyone can be Ma Long with the amount of practice and knowledge. So, you never hit a stagnancy. Fan Zedong and Fang Bo are almost there. They too are fast and brilliant. There is then a competition. People enjoy both watching their favourite players fighting and their styles and they can think that one day one of their descendants be like one of them.

To conclude, I love Jan-Ove Waldner’s game and watching his matches over and over but I think Ma Long is better in a way that I learned a lot from him.