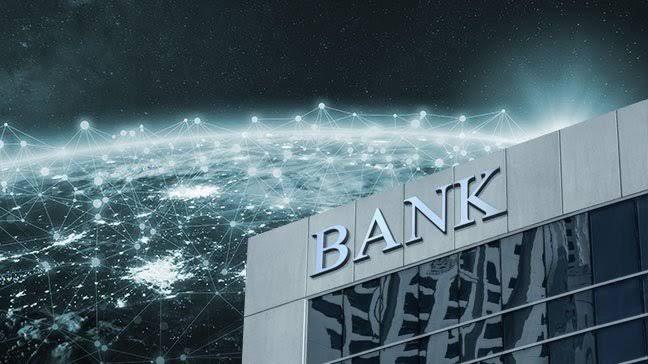 The United Arab Emirates is one of the world’s leading financial centers. The UAE’s banking sector is the largest in Arab world and includes 22 locally established banks as well as branches, subsidiaries and representative offices of foreign financial institutions. First Abu Dhabi Bank PJSC, Emirates NBD PJSC, Abu Dhabi Commercial Bank and Dubai Islamic Bank PJSC are the four largest banks in the United Arab Emirates (UAE). These four banks together contribute to more than 60% of the total assets of the region.

The Central Bank of the UAE, established in 1980, is responsible for banking regulation in the country. Below is a list of the largest banks in the UAE.

This is the largest bank in UAE by assets, deposits, loans, market capitalization and number of employees.

Emirates NBD is the second largest bank in the UAE with total assets of $189 billion as of June 2020. It was formed by the merger of Emirates Bank International (EBI) and the National Bank of Dubai in 2007 and today operates a network of 230 branches and 1,058 ATMs. Emirates NBD was named as Best Bank in the Middle East and Best Bank in the UAE by Euromoney. The Bank has rating A3 from Moody’s and A+ from Fitch, with a stable outlook. The common stock is listed on the Dubai Financial Market, with a market capitalization of $15 billion at July 23, 2020.

Abu Dhabi Commercial Bank (ADCB) is a full-service bank providing corporate and private banking, personal banking, investment banking and wealth management. It is the third-largest bank in the United Arab Emirates with total assets of US$112 billion, customer loans of US$67 billion, customer deposits of US$72 billion and shareholders’ equity of US$13 billion. It maintains over 70 local branches and 450 ATMs as well as offshore branch in Jersey and representative offices in Singapore and London. The total number of employees exceeds 1,470 people. In 2019, ADCB merged with Union National Bank (UNB) and Al Hilal Bank.

Dubai Islamic Bank (DIB) is one of the leading banks in the UAE. It offers a wide range of products and services to retail, corporate, private and institutional clients through more than 90 branches across all of the Emirates. DIB’s core business areas include personal and business banking, corporate and investment banking, treasury, real estate and contracting finance. The company serves over 1.6 million customers and employs more than 4,200 people. As at June 30, 2020, DIB’s total assets and deposits reached US$80 billion and US$56 billion, respectively.

Mashreq Bank, incorporated in the Emirate of Dubai in 1967, is the fifth-largest and the oldest privately owned bank in the UAE. The Bank changed its name from Bank of Oman to Mashreq in 1993. The company offers retail, commercial and investment banking, mobile and online banking, brokerage and asset management services through 44 domestic branches and overseas offices including locations in the UK, Kuwait, Hong Kong, Qatar and the United States. Mashreq Group’s consolidated assets amounted to US$44 billion at March 2020.

Abu Dhabi Islamic Bank (ADIB) is one of top 10 banks in the United Arab Emirates. It provides a comprehensive suite of banking, financing and investing services by means of various Islamic instruments such as Musharaka, Murabaha, Sukuk, etc. The company operates a network of more than 80 domestic branches, three branches in Qatar, Iraq and Sudan, and a subsidiary in the United Kingdom. In the first quarter of 2020, the Group’s total assets and deposits amounted to US$33 billion and US$27 billion, respectively.

Commercial Bank of Dubai is a public shareholding company (PSC). It offers innovative financial products and services through personal, corporate, commercial, Islamic and investment banking segments. It was formed in 1969 as a joint venture of Chase Manhattan Bank, Commerzbank and Commercial Bank of Kuwait. Today, the Group has a network of over 25 branches and more than 200 ATMs and CDMs. The Bank’s subsidiaries include CBD Financial Services LLC, Attijari Properties LLC, CBD (Cayman) Ltd and National General Insurance Co. The company’s shares are traded on the Dubai Financial Market.

Emirates Islamic is one of the ten largest banks in the UAE. Established in 2004, it is one of the four Islamic banks nationwide. It provides a wide array of Shariah-compliant products and services to personal, small business and corporate customers. The company operates through a network of 68 branches and about 100 ATMs across the country. As of March 31, 2020, it had US$17 billion in total assets and US$12 billion in total deposits.

Importance of Cash Flows for the Stock Market Investors