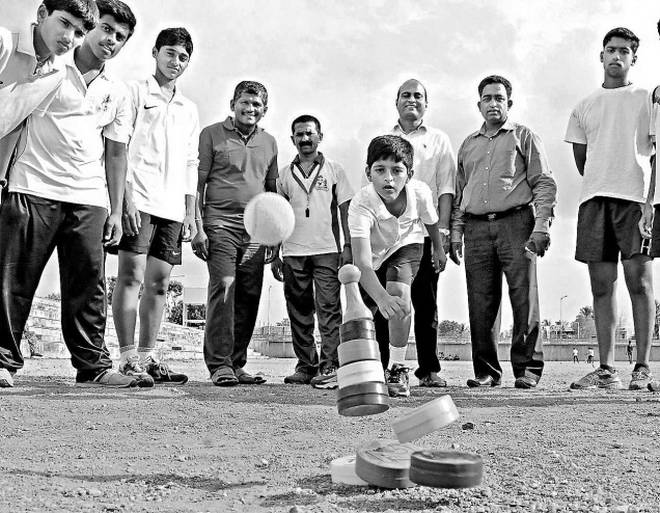 In the previous articles on the exploring the unexplored sports, we have seen the history and relevant information of Kabaddi, Kalari and Khokho.

Seven Stones, one of the most ancient games of the Indian subcontinent whose history dates back to the Bhagwata Purana, a Hindu religious text that is claimed to be written 5000 years ago, which mentions Lord Krishna playing the game with his friends. However, the game evolved in the state of Maharashtra and was taken to other nations after it was played in the soils of Maharashtra.

How is it played ?

Lagori is played between two teams with a minimum of 3 players and a maximum of nine on each team, using seven stones and a rubber ball. These two sides are termed as hitters and seekers respectively. Running, throwing and concentration are the typical skillsets required by the players of lagori.
Each team gets nine chances to hit on the seven stones.
3 players taking 3 chances each, to knock down the stones that are stacked vertically, from a distance of about 20 feets. If one team is unable to knock down the stones the next team gets the chance to throw.

If the throwing team knocks down the stones, the objective of the team is to stack all the seven stones back. The objective of the defensive team is to strike any player of the throwing team with the ball, below knee level. Players on the defensive team are not allowed to run with the ball and have to pass between players to move the ball.

If the offensive team successfully stacks the stones first, the team receives a point, and gets to throw the ball again. If the defensive team is able to strike a player first below the knee, there is a change in possession.

The three primary rules of this game are very simple.

Largely, India remains the epicentre of the development of the game. It has provided a bigger platform to the game through the Lagori Leagues. The Indian Lagori Premier League that was held in November 2017 which gathered great momentum across the nation which was organised by the Amateur Lagori Federation of India.

The lagori world cup is also planned by the sports enthusiasts in India and very soon it would be reality. Unlike other games currently there are not many players known as ambassadors but once the game goes global the success stories would develop.