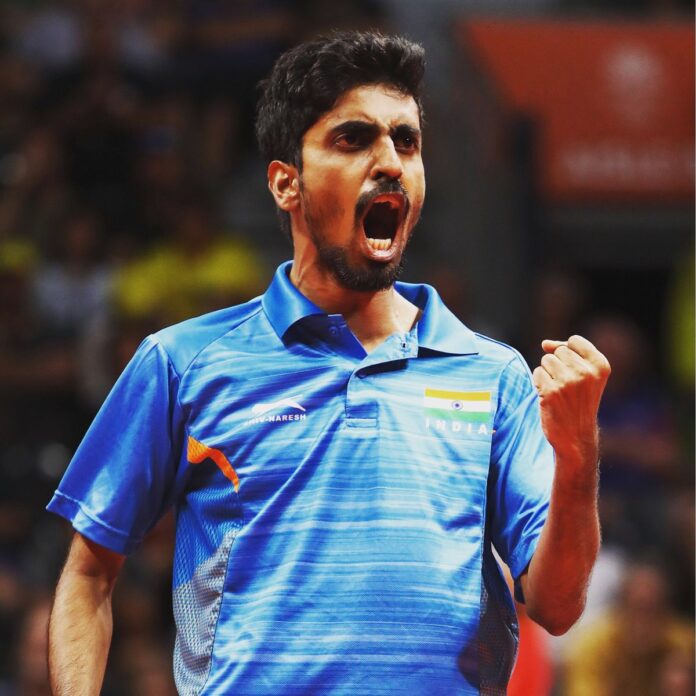 One of the best in the circuit, Sathiyan, World Rank number 24, highest ranked Indian. The Table Tennis National final has had no more than heartbreak for Gnanasekaran Sathiyan. He never managed to win summit clash. He had been there 3 times.  In the year 2021 he reached his fourth. And in Achanta Sharath Kamal, the India No 1,he faced his toughest compatriot.

Sharath Kamal, the heir-apparent to Kamlesh Mehta as the greatest Indian player, took Indian Table Tennis to a different level. Sarath Kamal is 9 Times National Champion as compared to 8 times of Kamlesh Mehta.

A modern version of Kamlesh, with a much wider range of serves, a powerful backhand, a devastating away from the table forehand, fantastic reach and control.

Sharath was considered unbeatable at the national level until age and the promising Sathiyan, also from Chennai, has recently taken over as the highest ranked Indian in ITTF rankings. In the year 2021, Sathiyan finally managed to beat his toughest Indian competitor Sarath Kamal.

He lacks the height and power that Sharath has, Sathiyan plays a similar game but close to the table, attacking relentlessly and more consistently than Sharath

Sathiyan is now the only the second Indian ever to break into the top 50 besides the legendary Sarath Kamal, and has become a force unstoppable.

His steady rise in international arena is not a surprise. Concomitantly, he managed Engineering and Table Tennis.  Sathiyan was actually looking to pursue a Masters in engineering and work in engineering domain, while maintaining table tennis as a hobby.

But he met his first coach, Subramaniam Raman, who himself was a former Indian table tennis player. His perspective towards the game was completely different. He also began approaching the games more analytically by studying each opponent and started playing more aggressively. All these factors contributed in Sathiyan making massive improvements in his game.

Here is a small video on the match between Achanta Sharat Kamal and Sathiyan Gnanasekaran.

Sathiyan is the Winner of Belgium Open 2016 and Spanish Open 2017. The right handed paddler from Chennai, was at his best when in Ultimate Table Tennis League. In this league he upset world number 8 Wong Chun Ting, world number 23 Stefan Fegerl and world number 41 Par Gerell.

He is one of the first Indians to be ranked in Top 25 Table Tennis Players in the world.

“Unimaginable” or “I’m Conceivable” – A Question of Translation. Story of a coolie.