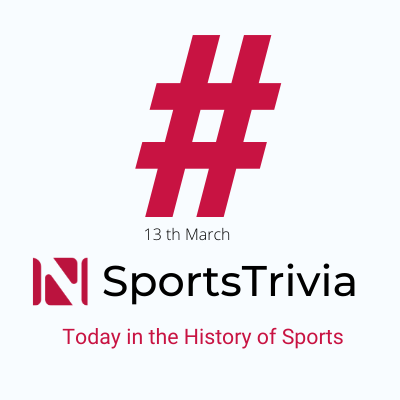 India is home to diverse population playing many different sports across the country. Many great sports personalities have born here and taken the sports to great heights. This is an attempt to compile the birthdays of all the important and famous sports personalities including the cricket players, football players and even kabaddi and kho kho players.

Jatindra Charan Guha (13 March 1892 – 2 January 1972), popularly known by his ring name Gobar Guha, was a world-famous Indian wrestler and practitioner of Pehlwani. He was the first Asian to win the World Light Heavyweight Championship in the United States in 1921.

Vijay Shankar Telang (17 March 1952 – 18 June 2013) was an Indian cricketer who played for, captained, and later coached Vidarbha cricket team. A right-hand batsman and very occasional medium-fast bowler who was born in Nagpur, Maharashtra, Telang played 58 first-class and one day matches for Vidarbha in the Ranji Trophy and Deodhar Trophy between 1970 and 1986, scoring nearly 3,000 runs. After retirement, he became a coach for the domestic team’s U-16 and U-19 sides, and later also became a selector for the First XI team. Mohammed Siraj (born 13 March 1994) is an Indian cricketer who plays for Hyderabad. In IPL T20 he represents Royal Challengers Bangalore. He also represented the Indian national cricket team. He is very active on Instagram with more than 600 thousand followers.

Another player whose birthday is celebrated today is Abhijit Chakraborty (born 13 March 1991). He is an Indian cricketer. He made his Twenty20 debut for Tripura in the 2017–18 Zonal T20 League on 8 January 2018.

This was the round up of the birthdays of the sports personalities borne on 12th March.