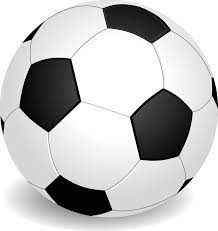 When you start playing on field, one of the most common questions that you face as an sports lover is which is the most popular sports in the world ? And the one word answer that you get is “Football”. In this post, I am going to write about five sports which are considered as popular in the different parts of the world.

Before arrival of Facebook, this was the FB for us. Association football, commonly known as football or soccer, is a sport played between two teams of eleven players with a spherical ball. It is played by 250 million players in over 200 countries, making it the world’s most popular sport. Definitely the most popular sport in the world.

Not only does it command 3.5 billion followers ’round the world, it also generates the highest revenue compared to other sports making FIFA one of the richest sports authority on the planet. Football players enjoy the highest salaries among the athletes.

No matter what part of the year it is, you will always find some news related to football in the sports headlines. The major leagues around the world have their season’s from August till May. And in the remaining months, there are often international competitions and international friendlies among countries.

The Gentleman’s Game” as they call it! Cricket world cup is the 2nd most watched sporting event. With almost 2.5 billion followers and admirers, Cricket takes the second place.

The game was first played in England. The majority of participants of this sport come from Australia, India, Pakistan, South Africa and the UK, but cricket is also on the rise in other countries all over the world. Cricket is a game played between two teams consisting 11 players on both the sides. A Bat and a Ball is used to play the game. ICC (International Cricket Council) is the highest governing body of Cricket. ICC was founded on 15 June 1909.

One of the oldest sports in the world which enjoyed massive popularity in South Asia. While India and Pakistan dominated this sport during the first half of the 20th century, the Netherlands and Australia quickly took over and have proved to be a dominant force in the current scene. However the viewership is on a steady decline as there have been no new reforms to make the game exciting and more viewer friendly.

Field Hockey simply known as Hockey. It is one of the famous sports in Asia, Australia and even in Europe. It has Fan Base of about 2 Billion across the world.
The Modern Hockey was first played in 19th century in England. International Hockey Federation is the governing body for the game. There are 127 National Hockey federations under the IHF since 1924. A hockey match is played between two teams having 11 players with 5 substitutes.

This game has given us the most number of Individual heroes. Moreover, this is one of the longest standing and most reputable sports with a fan base of over 1.5 billion. Origin of the game dates back to early 14th century. King Louis X of France was one of the biggest fans of this game. Not only that, his palace had the private tennis court.

Moreover, players like Steffi Graf or Maria Sharapova gained the glamour for this gin ame. Tennis has become lot more marketable and exciting with the emergence of Sportstech, players and different formats. Off the field the events like Wimbledon Gala nights, marriage of Agassi and Steffi Graph, Becker’s Bankruptcy were also helpful in marketing the game outside the field. Grand slam events are also reporting record ticket sales each year. This shows how tennis is growing as a spectator sport.

Volleyball is an extremely simple game with little equipment and few rules unlike other games. All you need is a ball and a net. Furthermore, this game is popular among 900 million viewers around the world. It was introduced in the Olympic Games back in 1964 and its beach variation was a real kickstarter for its rapid growth in popularity around the world.

In addition to this there are some more sports which are popular but are not in the list of Top five popular sports are Table Tennis, Badminton, Baseball, Golf and Basketball.