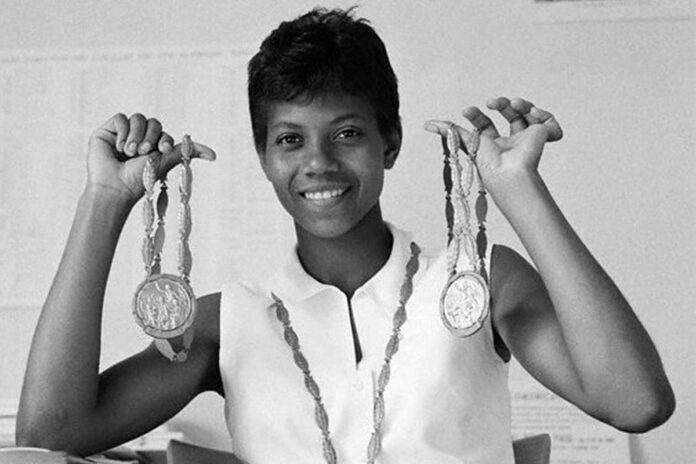 American track and field athlete Wilma Rudolph Born in 1940, in a home with no electricity or water, Wilma Rudolph was the 20th of 22 children. At 5, she had polio & with no vaccine, children often died. Wilma survived, but her left leg was twisted & doctors said she would never walk. She was determined to walk, so she started wearing a heavy steel brace. After many years, she was able to walk without braces. Slowly she ran & played games as well. At 14, her coach said she had the potential to become an outstanding runner. At 16, she won bronze in the 400-meter relay at the 1956 Melbourne Olympics. 4 years later, after giving birth to a daughter, she became the first American woman to win 3 golds in the 1960 Rome Olympics in track & field. She retired in 1962 & died of a brain tumour at 54 in 1994. Her famous quote: “Winning is great, but if you are really going to do something in life, the secret is learning how to lose. Nobody goes undefeated all the time. If you can pick up after a crushing defeat, & go on to win, you are going to be a champion someday.”

What we Learn here: Winning & losing is part of the game but accepting defeat & quitting, without trying harder is optional. Most investors fail to create wealth as they succumb ( Surrender ) to market volatility & quit. While some withdraw after their portfolios dip in a down cycle, others quit when they have gained enough in an upcycle only to realize that markets climbed much higher after that. Successful investors have practised patience to stay invested over very long periods to benefit from compounding. Such investors have conditioned their minds to not succumb to emotions of greed & fear which most ordinary investors surrender to.

How to Control Emotions, Greed and Fear during the Wealth creation journey is an ART, Good financial Advisor helps you in Controlling your emotions, greed and fear

Story of a father and his son. Influence every one of your Assets for Progress